August 31, 2010
We arrived in Dawson City about 8:30, Monday morning - in drizzle, of course. The only paved street is the highway running through town. However, it was necessary to make two pilgrimages. (Two of the three famous writers who lived and wrote there, the third being Pierre Berton, a Canadian author.) 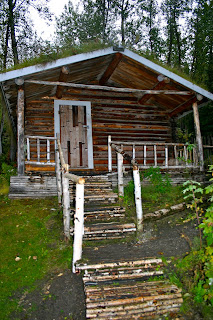 (Where he wrote the "Cremation of Sam McGee" and "Shooting of Dan McGrew," among other poems.) 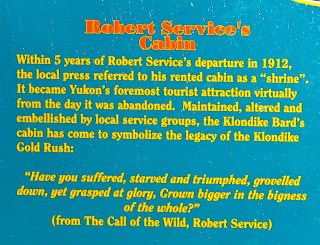 And, Jack London's cabin (half of it is here, the other half in Oakland!).


I started this post while still in Hailey. I still have a book - Jack London Stories (1960) - that my parents gave to me. I was a voracious reader (that quality has ebb and flowed through the decades), and my father also passed on to me books from his youth - which I still own. There were books like Lost Indian Magic (Grace and Carl Moon, 1918) and Rolf in the Woods (Ernest Thompson Seton, 1911). There is a penned note in the frontpapers of the latter from my father that reads: "When I was a kid, I must have read this book and Robin Hood a dozen times each. I think Seton's a swell guy."


London's stories of the far north, of the land and the people totally fascinated me.
They were more real than the Illiad, the Odyssey or the Dr. Doolittle stories....but they all fed into my love of the outdoors, animals, learning about other cultures....and creative thinking. 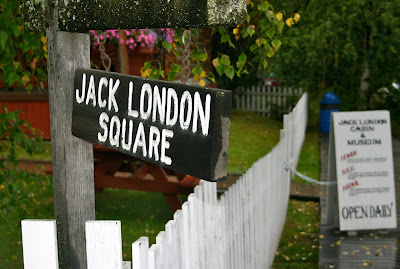 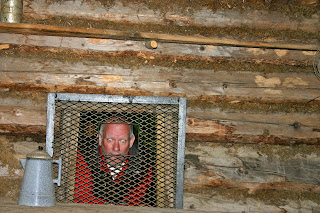