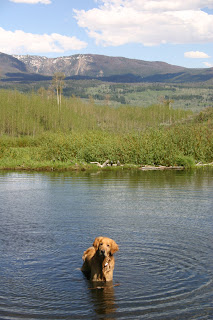 I have enjoyed most of the foreign countries that I've visited, and I've made multiple trips to Japan, England, France, Switzerland, Italy and Spain (I'm not counting the Central and North American countries like Canada and Mexico.) Digging into cultures and getting to know people and a place is probably something that I picked up from my father and mother.


But, for the most part, those are places which have been inhabited for hundreds of years, where the landscape has been cultivated and shaped by the people who have lived there.


Maybe that is part of why I'm attracted to the West, as the Native American populations never tried to change a place, but simply live in it.


It seems to me that very few of us know how to do that today. We want to add trees and shrubs and gardens around our homes, and are seldom content to accept the land the way it is, and may have been for many decades or centuries.


That is (to my mind) part of the dilemma about our species.

True North, our five-year old Golden Retriever, in a beaver pond at the Bar E Bar Ranch, owned by the Carneys, north of Cora, Wyoming, June 2010.